In May 2008 Venezuela and Cuba signed two secretive agreements that allowed the Fidel Castro led the nation to revamp Hugo Chavez’s military and intelligence sectors to bolster his tottering hold on power.

The collaboration created a State Intelligence, the Directorate General of Military Counterintelligence (DGCIM) which fostered paranoia and fear in the nation’s military and the nation at large.

You never knew if someone was watching you and any offside moves or statements could have you arrested or detained in some murky bunker of an extralegal nature.

The benefits of those initiatives are still manifesting today with Chavez’s successor, Nicolas Maduro, his rein shaken by democratic forces, still retaining adequate control of the military so as to forestall any coups or a military swing towards supporting the civilian uprising.

Previous public protests and demonstrations have been met with violent state crackdowns which have resulted in the deaths of civilians.

The African equivalent is playing in Zimbabwe presently where President Mnangagwa, who reportedly favours Military Intelligence to the CIO has failed to tone down the environment.

Having come to power through a military coup, later sanitized by a contested election, President Mnangagwa’s government has failed to handle the accountability required of them in a truly open and democratic space and seemingly gone on a drive to instil fear and paranoia in the populace.

The criticism and the scrutinisation have been too much for them such that they have revoked their own commitments for a New Dispensation and ran back into the opaque systems of old where there is little accountability.

January 2019 protests were followed by an alleged state-sponsored militia that moved in some suburbs beating people with an assortment of weapons that included steel pipes, stones and fan belts.

Reports have been coming out of government fears of Sudan and Arab Spring uprisings together with impeachment Sunday talk, going into Monday steadily.

All this reveals a disturbing government mindset that has begun seeing shadows and hearing voices.

In May a group of civic activists returning from a peacebuilding workshop in the Maldives were arrested on their arrival and charged with subverting a constitutional government for allegedly plotting to overthrow President Mnangagwa’s government.

Recently Norton legislator Temba Mliswa, formerly ZANU PF, had to come out and dismiss as hogwash state media publications which accused delegates who travelled to the SADC summit in Tanzania under the Southern African People Solidarity Network (SAPSN) as agents of insurgency and banditry.

To cap it all the line-up of MDC Alliance demonstrations, generally protesting the hard life,  were dead before they began through a heavy police response, which left a broken skull, a combination of legal tricks and use of politicized state organs.

Ahead of the protests, Amnesty International deplored what it called a violent crackdown on opposition activists.

“We are witnessing a violent crackdown on activists and civil society leaders, with authorities using some of the brutal tactics seen under the government of Robert Mugabe. Instead of listening to protestors’ concerns about the economy, the authorities have used torture and abduction to crush dissent and instil fear,” said Muleya Mwananyanda, Amnesty International’s Deputy Regional Director for Southern Africa.

Whereas President Mnangagwa came in a breeze of reformist intentions, thus far the pace of the reforms has been slow and pained betraying lack of political desire for change.

The desire is to maintain a blindly austere nation of silent ‘patriots’ suffering and bearing the brunt of the ‘painful reforms’.

Whilst Mugabe became a bad dose of Pan-African Jihadism, President Mnangagwa has been the softer and guile opposite but equally not interested in wholesale changes to the system that has kept ZANU PF in power since independence.

Currently, Maduro has his own band of fanatics also marching against the imposition of sanctions by the US and their argument is eerily similar to the ZANU PF government’s age-old position of sovereignty.

The friends are also similar to Russia and Cuba shoring up the creaking edifice of Venezuela now with over 4 million fleeing to neighbouring states and millions more set to starve.

The continents may differ but the paths for the two are looking eerily similar from hyperinflation, Venezuela leading and Zimbabwe second, to sanctions, huge diaspora numbers and scary state security apparatus.

It’s a pitiful fall from grace for a government that came in under the umbrella of so much goodwill and support across the political divide that today comedians are abducted in the night for satirizing events.

Whereas Mugabe created a conspiracy theory that saw America in every shadow, the new dispensation government sees enemies in every opposing statement and responds in disproportionate style. 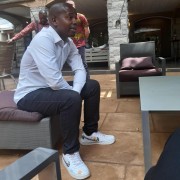 Six years after the New Constitution: What still needs to be fixed

Thanks for the sideshow, now reconvene

Lockdown level 2: When the rich decide for the poor