By Pretty Chavango
Arguably the most progressive Member of Parliament in the country, a candid talker, fiery and action oriented Honorable Jessie Fungai Majome is the epitome of confidence.

Residing in Marlborough I happen to fall under her jurisdiction, and I’m proud to say unlike most youths who don’t even know their MPs or rather see the work they are up to, not only have I had personal encounters with her on several occasions, I can safely say she is a woman of the people, personally overseeing the welfare of her constituency she is usually seen in communities and schools advocating for development.
I recall a day when people were queuing to vote, the lines were long and winding as people bared the scorching heat waiting for their turn to cast their ballots. Majome took her time to chat with local residents handing out refreshments as the process was rather slow. One might argue it was a campaigning strategy, maybe it was but then it’s not everyone who takes the time to spend a whole day encouraging people to be patient and exercise their constitutional right when there is a probability they are garnering for someone else.
Young people especially have been on the receiving end of her work. Schools in the area have benefited from several donations both in the academic and sporting field. Books have been distributed and soccer kits availed for the sporting enthusiasts. Road accidents were once an issue in Harare West where she is MP, affecting children in primary school the most as they made their way to school, not only did Hon. Majome visit the families of the affected families to offer her condolences and assistance, a policeman was stationed at crossing points near schools and motorists were also constantly reminded to adhere to road rules.
Traffic lights, road signs and street lights which were not being maintained can now be seen being repaired. How many MPs take their time to post on their personal social platforms about a certain pothole on a certain road, give updates and feedback on areas experiencing blackouts and water shortages? Residents are kept in the loop on what caused poor service delivery, what is being done, who to contact and when to expect the resuming of services. One has to give it to Hon. Majome, because of the platform she has created on her Facebook page residents can notify her of issues happening in their areas – that way she is always aware of any mishaps. Still in doubt? Check out her Facebook account!
Whilst most people are out of touch with parliamentary proceedings mostly out of lack of interest. Those who have taken the liberty to ‘friend’ Hon. Majome are always updated on what is being debated in Parliament and notified of the events they can attend in the public gallery and how to go about it, as well as distributing hansards.
Honorable Jessie Fungai Majome is the Member of Parliament for Harare West of the House of Assembly. Once elected the Deputy Minister of Women’s Affairs, Gender and Community Development she is also the Founder and Senior Partner at Gonese, Jessie Majome & Co. Legal Practitioners. In 2000 she became the youngest female commissioner in the National Constitutional Commission and in 2006 was elected Member of the National Executive Committee & Deputy Secretary for Legal & Parliamentary Affairs for her party among the many other accolades under her belt.
Her vision: A Harare West and a Zimbabwe in which all are free to enjoy their right to the highest quality of life possible in terms of daily necessities and social amenities. 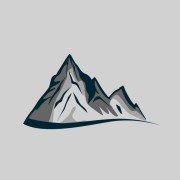 Nelson Chamisa, your constituents want to know where you are...