The Zimbabwe Electricity Transmission and Distribution Company, (ZETDC), a subsidiary of ZESA Holdings is battling to recover over $1 billion in unpaid power utility bills it has emerged.

The unpaid bills which are estimated at $1,2 billion are a result of defaulters mainly state-owned enterprises and local authorities.

Addressing members of the media after the 21st Cabinet meeting decision matrix yesterday, Energy and Power Development Minister, Fortune Chasi said the power utility company is owed over one billion.

“We complain that we do not have power, but despite this outcry, we must understand that ZESA is owed $1,2 billion by local consumers.”

“Local authorities owe ZESA about $350 million and it is necessary to have that money paid, ” said Minister Chasi adding that the generality of the public owes ZESA another $350 million.

“Minister of Finance promised that he would pay  $20 million as part payment towards the ZESA debt owed by state-owned departments but however, this is still a drop in the ocean,” he said.

Watch the full cabinet presser on the video Below

Chasi encouraged members of the public to cultivate a culture of paying debts.

“When you consume a service you must pay despite who you are, ZESA is a very critical business and we would like to stop the bleeding at ZESA,” he said

As part of mitigating the power crisis, Chasi said all government departments are going to have prepaid meters and solar systems.

The power utility recently introduced a load-shedding program that saw some suburbs across the country going for at least 10 hours without electricity mainly due to reduced generation at Kariba hydropower plant and unserviced debts.

The country is currently importing  50 Megawatts from the two suppliers, but this could be increased to 450 Megawatts once the arrears are cleared.

Missed our Tweets See them on the link below 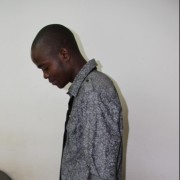